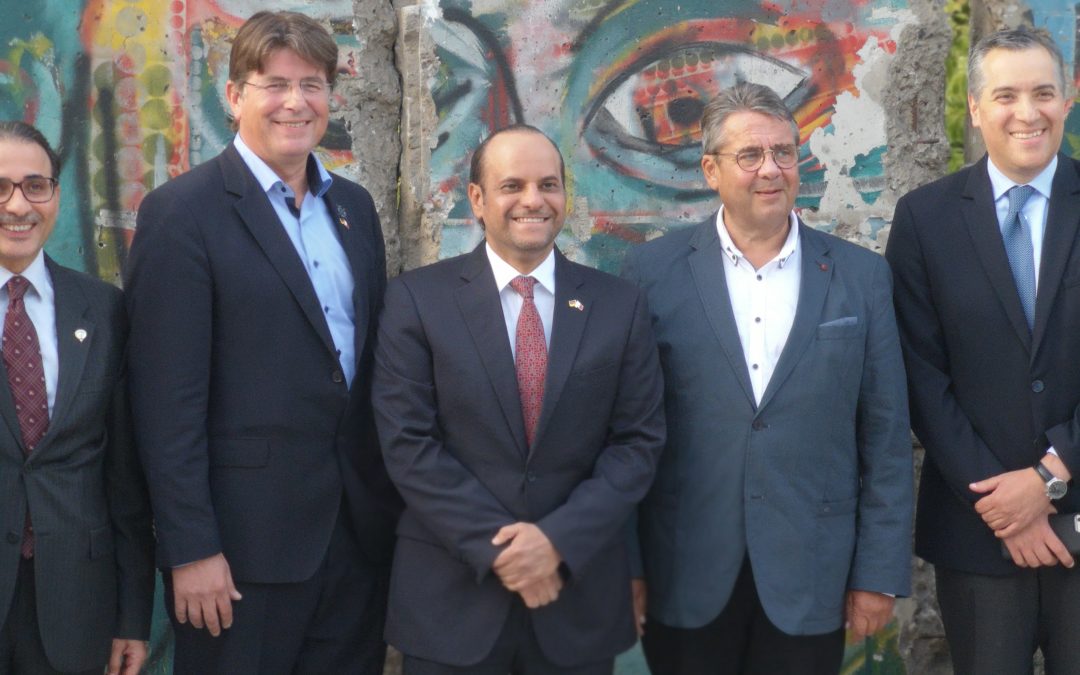 Opening of the exhibition “30 Years since the Fall of the Wall: Shared Memories, Different Realities, Common Future”.

The Arab House of Culture, the Divan, welcomed 120 guests with numerous international excellencies and personalities as well as the guest of honour, the former Federal Foreign Minister and Minister of Economics Sigmar Gabriel. 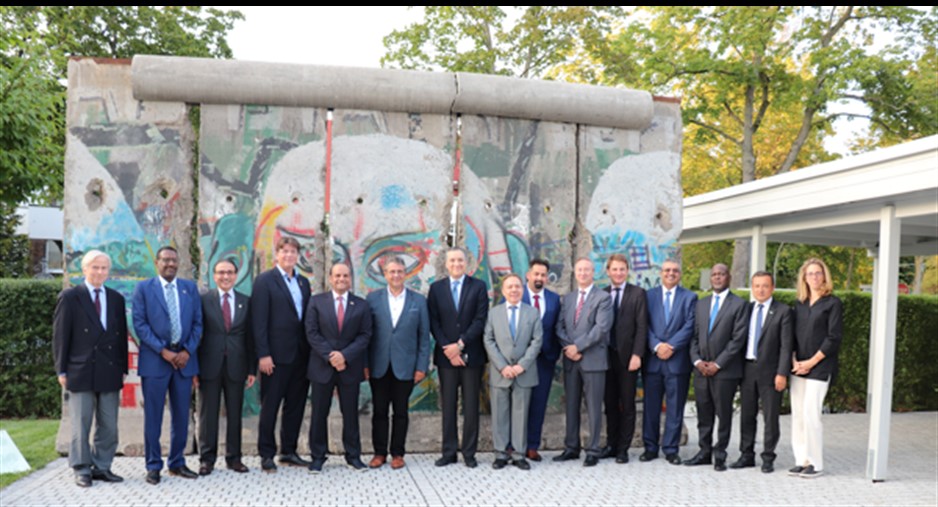 At the opening of the exhibition “30 Years since the Fall of the Wall”: The Qatari Ambassador Sheikh Saoud Bin Abdulrahman Al Thani, in front of the loan of Roland Bischof

His Excellency emphasized the importance of cultural diplomacy and referred to the platform that the Arab House of Culture offers to build bridges between nations and people through art and cultural exchange. He said that the aim of the exhibition is to commemorate the highest of freedoms – free travel, free to choose where to live and work”.

In addition, the doyen of the Arab Ambassadors in Germany, Dr. Mustapha Adib, gave a speech in which he mentioned the importance of places like the Arab House of Culture in bringing people of different origins closer together. 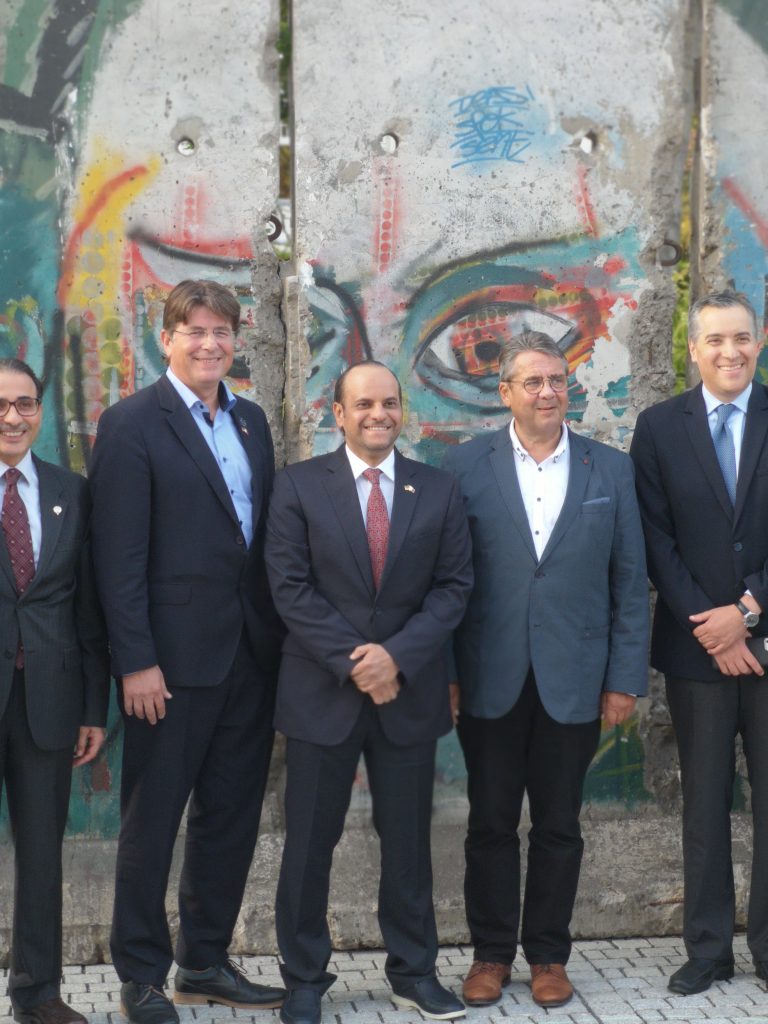 Guest of honour at the event was Sigmar Gabriel, who opened the Arab Cultural House The Divan on 21 November 2017 in his capacity as Federal Foreign Minister. As this was one of the last major events under the direction of Ambassador Sheikh Saoud Bin Abdulrahman Al Thani, Gabriel thanked SE for his continuous work and commitment to relations between Germany and Qatar and the Arab world and praised him as one of the most active Arab ambassadors in Germany.

Roland Bischof, explained why the exhibited original pieces of the Berlin Wall are so special: “They were the first pieces to come from the GDR and are numbers 002-006 of the series, which were limited to 360 pieces worldwide for the international art trade.”

The exhibition not only includes the original pieces of the Berlin Wall, but also shows the history of the Berlin Wall from 1961-1989. It is the first of its kind in Germany and is open to the public until September 30, 2019, in the Arab Cultural House, the Divan, daily from 9 a.m. to 4 p.m. 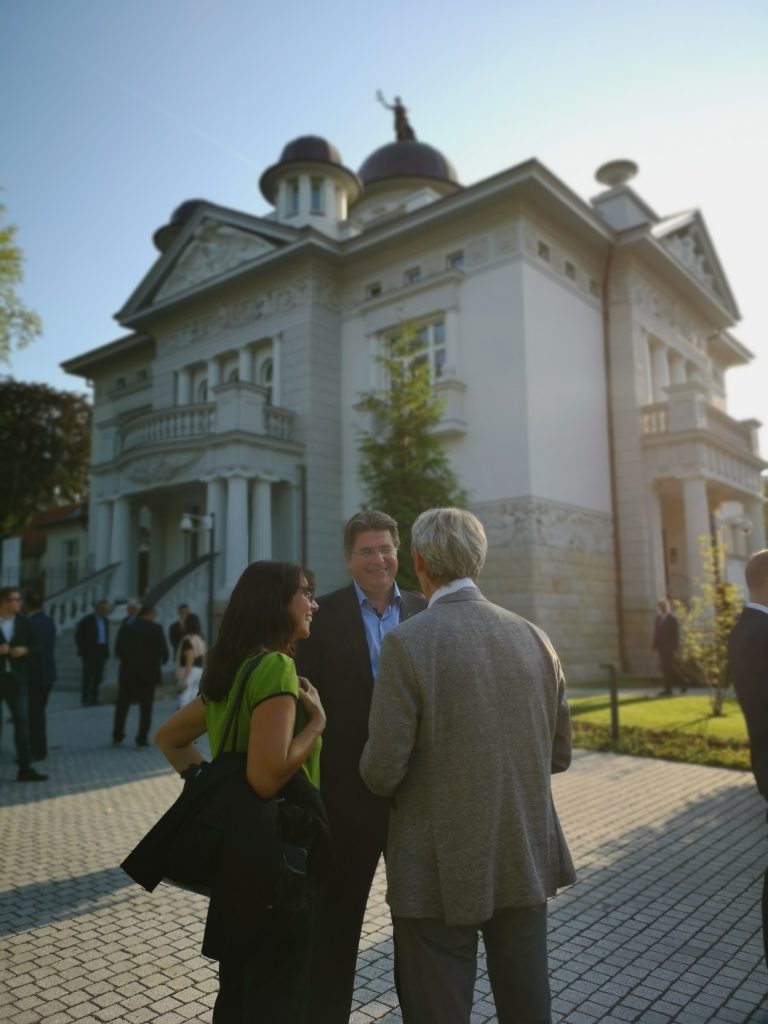 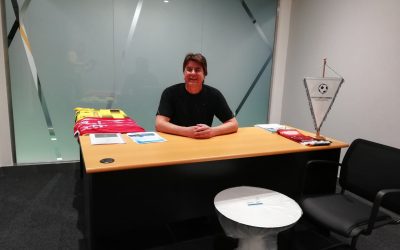 Soft opening of our new location in Doha, Qatar 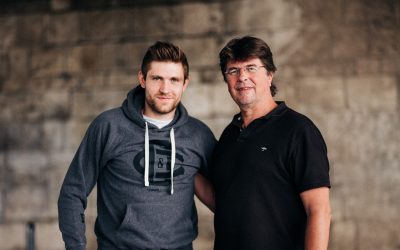 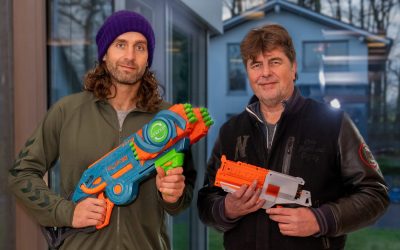 FIT WITH SILVIO HEINEVETTER AND NERF – Together with the handball national player it became the “last” project in 2021 with lots of fun and exercise!