The non-profit association Deutscher Fußball Botschafter e.V. (German Football Ambassador Association) will reach over one billion media contacts for the first time in its young history before the end of the year. The record figures for the current year are divided into the individual media areas TV (250 million), radio (135 million), online (600 million) and social media (100 million).

“This is a huge success for us and shows the power of the good idea that goes around the world,” said the founder Roland Bischof. “With further sponsors, we could expand this much-noticed idea even more efficiently and sustainably”. To date, 90% of the financing has been based on the founder’s private commitment and a partner structure that provides extensive support in the form of materials and services.

“It would not be possible without the support of our partners. But also not without the passion for this idea”, Bischof adds with a smile. The association is particularly well positioned in the media sector. With partners such as kicker, Sky, DW, Goal.com, SID, mc group and Argus Data Insights, there is a solid basis of internationally active “players”. In addition, there is a pool of more than 15,000 international journalists from the cooperation with the partner setONE, which only recently led to the self-produced TV pictures of Jürgen Klopp’s nomination trip being broadcast in a contribution lasting several minutes in well over 20 countries. “The advantage is that we can send our own messages with the football ambassador – also for partners and sponsors”, says Stefan Sauerwald, CEO of setONE. All this was achieved without any significant media budget of their own – only through the dedication, passion and know-how of the association’s team.

The football ambassador is already planning further steps. Such as the publication of a charity video, which is supported by the singer RI.VIGI and her manager Jerry Parham. RI.VIGI is a coveted vocal talent who will work with Sean Garrett in the future. He has published numerous No.1 hits in the USA (among others with Beyoncé, E. Iglesias, Britney Spears). The football enthusiast RI.VIGI donates her first song to the video idea of the football ambassador, combined with a donation from possible income.

In November, the first big football ambassador auction starts in cooperation with United Charity, in which well-known football personalities as well as stars from other areas with a passion for football take part. “The German Football Ambassador has been active throughout the year for a long time – and the annual award ceremony at the Federal Foreign Office is of course the highlight,” says Roland Bischof. 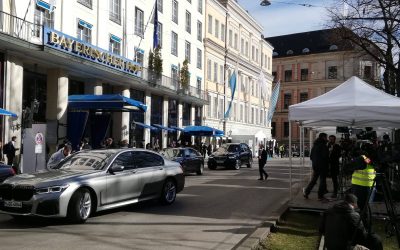 Presented By on intensified discussions at the Munich Security Conference 2020 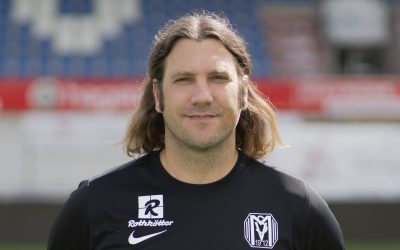 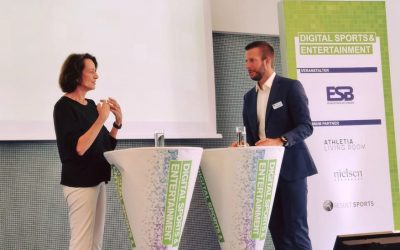 VISIT OF THE DIGITALSPORTS & ENTERTAINMENT